We are lawyerghhhs, builders, hodlers, degens

Enlist
Scroll to the next section

At the intersection of law and decentralized technologies, the true calling of lawyers is to join with BUIDLers, HODLers & DEgens — partying in autonomous zones, mobilizing nomadic war machines & founding cloud nations

Thus, the LeXpunK army has risen

For the LeXpunKs, law is visceral; it is pervasive, utterly intimate. Not outside us, but next to us. Under our skin; often, inside our minds. We are autonomous lawyers.

Reforming the regulations of current nation-states is an inadequate legal goal — we must forge our own cloud nations with legal systems built from the ground-up for cryptonative compatibility. A crypto Code of Hammurabi based on powers rather than rights, incentives rather than obligations.

L3X is the social curation and governance token of the LeXpunK Army. 101010101 L3X have been minted for distribution to early strategic allies and members of the LeXpunK and cryptolaw communities. L3X is currently mintable and non-transferable (paused).

We expect the LeXpunK army to spawn other LeXpunK DAOs devoted to specific projects or missions. Each LeXpunK DAO will have its own team and funding; some long-term, some transient — like spontaneous cryptonative law firms. LeXpunK DAOs need not utilize a single DAO framework — they should be a playground of governance experimentation. 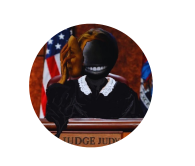